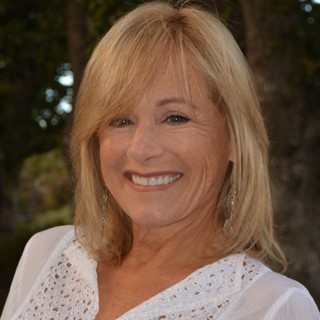 San Diego’s secular community has many wonderful people who give their time and money to see the world become a better place. Debbie Allen was a perfect choice to feature in the first “Volunteer Spotlight” segment because of her countless hours promoting humanism, and her relentless dedication to our inclusive and vibrant secular community.

Debbie Allen has been a supporter of Sunday Assembly since the beginning. In 2013, Debbie was essential to bringing Sunday Assembly to San Diego for the first time, and she supported the growth of the local chapter through consultation and active support. It was through her support and the support of the San Diego Coalition of Reason that Sunday Assembly has been able to thrive. Debbie was integral in planning the Secular Winter Solstice event that took place in 2014.

Besides her work with the Assembly, Debbie is the founder and director of the San Diego Coalition of Reason. Since 2009, SD CoR has grown from 10 to 17 cooperative atheist, humanist, and freethought groups, and is recognized as a leading secular organization in Southern California. Debbie was elected to the board of directors of the American Humanist Association in 2012, to the board of the Humanist Society in 2014 and was elected to the Reason Rally Organizing Committee in January 2015. In 2013 Debbie brought Sunday Assembly to San Diego for the first time and supported the growth of the local chapter through consultation and active support.

Debbie is the immediate past president of the Humanist Fellowship of San Diego, president of the San Diego Chapter of Americans United for Separation of Church and State, co-founder of the San Diego Recovering from Religion Meetup group, and founder of the San Diego Military Association of Atheists and Freethinkers Meetup group. In 2011 Debbie became certified as a Humanist Chaplain in order to better serve and advocate for non-theists in the military. She also volunteered as a counselor for two summers with Camp Quest West.

Always focused on engaging nonbelievers and growing the secular community, Debbie has organized numerous lectures, rallies, and social events, and she has worked in coordination with several national organizations and movement leaders.

Prior to becoming a full time community organizer and secular activist, Debbie was a psychotherapist in private practice, and research associate in neuropsychology at UCSD School of Medicine. We are honored and pleased to recognize Debbie as a cornerstone of the San Diego secular community.

Do you have someone that you feel should be honored for their volunteer service? Send an email to: [email protected]