Note new venue (not too far from original venue)

Get your tickets here:

I'll be in the Lobby wearing Sunday Assembly T-shirt. We'll go inside at 7 for 7:05 start

12 Years a Slave is based on an incredible true story of one man's fight for survival and freedom. In the pre-Civil War United States, Solomon Northup (Chiwetel Ejiofor, Dirty Pretty Things), a free black man from upstate New York, is abducted and sold into slavery. Facing cruelty (personified by a malevolent slave owner, portrayed by Michael Fassbender), as well as unexpected kindnesses, Solomon struggles not only to stay alive, but to retain his dignity. In the twelfth year of his unforgettable odyssey, Solomon's chance meeting with a Canadian abolitionist (Brad Pitt) will forever alter his life. Also starring Benedict Cumberbatch, Paul Dano and Paul Giamatti, 12 Years a Slave is directed by Steve McQueen (Shame). Winner of 3 Academy Awards, including Best Picture and Best Supporting Actress (Lupita Nyong’o). Official Web Site 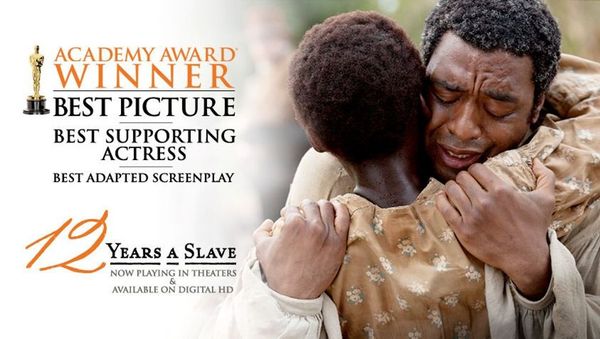