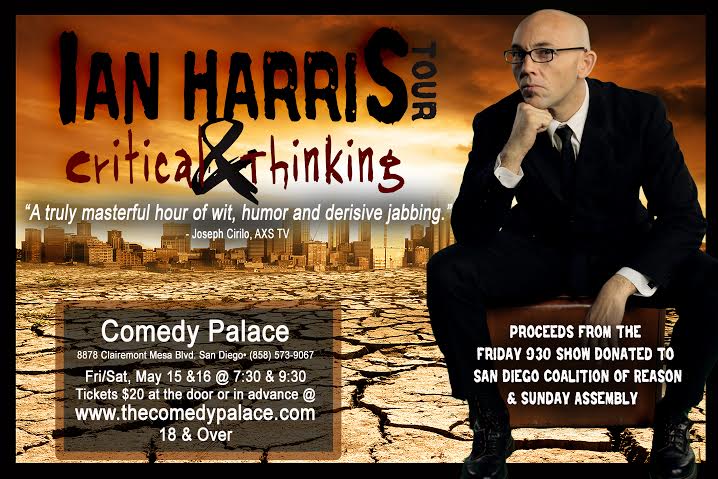 Come join us for our 2nd Comedy Funny-raiser with stand-up comedian and previous SASD guest MC, Ian Harris. He just taped his first comedy TV special, Critical & Thinking, and has won many major comedy competitions. He has been seen on Jimmy Kimmel Live and Comedy Central, and as a headliner on the Evolution of Comedy Tour. Ian was even ranked #25 on Entertainment Journal's Top 100 Comedians list.

We had a blast last time Ian was in town, and he's again generously donating proceeds from this one 9:30pm performance to us and SDCoR.

You can either RSVP and pay $22 on meetup, or RSVP here and buy your tickets on the Comedy Palace website , which will be slightly more expensive with their fees. You can also just show up on the night of and hope it's not sold out! (NOT recommended).

Hope to see you and your friends and family and coworkers and that guy who walks his dog in your neighborhood that you say "hi" to every morning there!