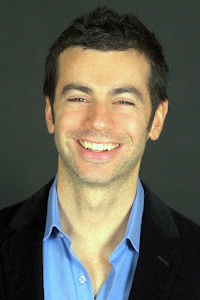 In America, we're taught to be overachievers: to get good grades, go to a good college, get a prestigious job, make a lot of money, and at the end of it all, become "someone," whatever that means. Speaker Evan Bailyn did those things, and what he discovered at the end of the rainbow might surprise you. In this talk by the bestselling author of Outsmarting Google, you'll learn what kind of person the pressures of society can create,  and hopefully, walk away with some new ideas about the definition of success and the American Dream.

About our speaker:
Evan Bailyn is an entrepreneur and the author of two books, Outsmarting Google and Outsmarting Social Media. After graduating from Columbia University in 2003, Mr. Bailyn taught himself about search engines, quickly discovering how to rank at the top of Google for any search term. He then established a network of education-related businesses, which he later sold. In 2006, he founded Cartoon Doll Emporium, which was backed by Allen & Co and became one of the largest children's websites in the world, reaching 70 million unique visitors in 2009. Mr. Bailyn is the founder of First Page Sage, a leading SEO and social media company serving Fortune 500, celebrity, political, and small business clients. Under his tutelage, clients have established the predominant websites in their industries, become New York Times bestselling authors, won top national sports awards, and clinched key elections. Mr. Bailyn has been interviewed on ABC and Fox News and featured in The New York Times, The Wall Street Journal, Forbes, Advertising Age, and Money Magazine.